“No Justice, No Peace”. The rallying cry of the thousands of protestors that came out this weekend in the fight for justice for black Americans. Here in Boston, we saw demonstrations outside of the State House and beyond, demanding that the four officers responsible for the death of George Floyd be brought to justice in the eyes of the law. However, the outrage felt across the nation goes much deeper than his tragic death last Monday. From a statement of the Congregation of the Sisters of St. Joseph, “we join with the Leadership Conference of Women Religious (LCWR) in committing to the critical work of creating communion, examining the root causes of injustice and our own complicity, and purging ourselves, our communities, and our country of the sin of racism and its destructive effects.”

We at Casserly House are acutely aware of the inequities present in our own city. America does not make it easy for the individuals who use our ESOL services, or for the families of our After School students. The life of the immigrant is not one of privilege, and today in 2020, America’s social caste system is still determined by the color of one’s skin. We as a staff and community stand in solidarity with the family of George Floyd mourning his death, protestors across the nation, and our students of color.

If anything is learned from the pain and hurt being expressed across black communities in this country, it is that it cannot only be their fight. So many of those in the white community will say, “Well I didn’t create this problem, I’m not a racist.” We must learn that whether we know it or not, whether we consciously enforce it or not, everyone within the white community benefits from privilege and systems that reinforce racial inequality. It is not to mean that white people do not have struggles in life, but that their skin color is not one of those struggles. It is not enough to think of oneself as “not racist,” we are called to be actively anti-racist.

For those looking where to start, education is a good first step. Below are linked two articles listing ‘anti-racist’ resources that will challenge you, force you to consider privilege in ways you may not have previously thought, and open your eyes to the role white people have to play in the liberation of black communities in America. 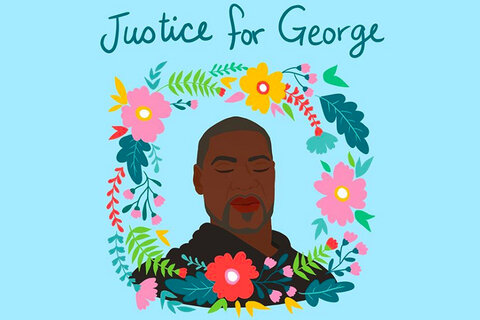